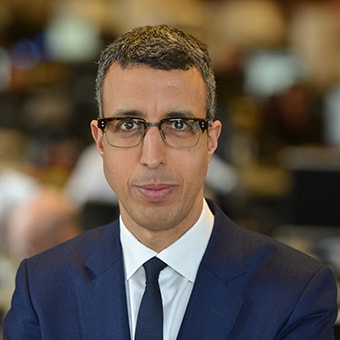 Kamal Ahmed is co-founder and Editor-in-Chief of The News Movement, a new media business headquartered in London and New York focused on social media channels, new audiences and digital consumption.

Between 2018 and 2021, Kamal was Editorial Director of BBC News, working across news strategy, daily news and planning, commissioning, analysis, visual and audio journalism and new forms of digital content. He was a member of the Newsgroup Board, the Sounds board and the BBC's Senior Executive Group.

Between 2007 and 2009 Kamal was Group Director, Communications, at the Equality and Human Rights Commission and before that was Executive Editor, News, at The Observer, leading the news team through the relaunch of the newspaper which won Newspaper of the Year in 2006. Between 2000 and 2004, Kamal was Political Editor of The Observer, covering Tony Blair’s premiership. He has also worked at The Guardian and Scotland on Sunday.

A Leeds University Graduate in Political Studies, Kamal’s first book, The Life and Times of a Very British Man, was published by Bloomsbury in 2018.